It’s hot… you’re sweating, wearing next to nothing… go on!

Enjoy one of the purest pleasures of life in the Caribbean… 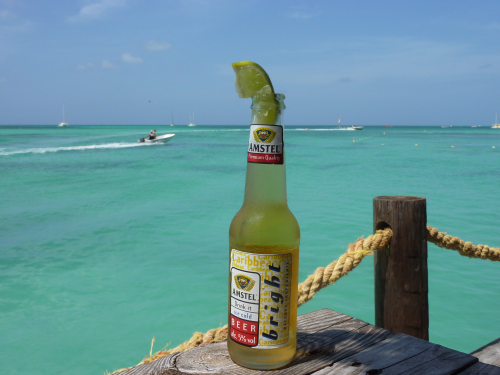 That’s where American Leonard B. Smith (born in 1839 in Mill Creek, Maine) comes in.

Just look at him! He clearly knows what’s up. 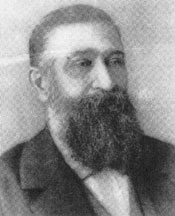 Smith became a cabin boy at 14 and worked his way up to Captain. By 23 he was sailing and trading around the Atlantic on his own schooner. Smith sailed into Curaçao’s Saint Anna Bay for the first time in 1876. He clearly saw an opportunity and returned that very same year locked and loaded with timber and ice from the Penobscot river in Maine.

Though Smith’s sea voyage took several weeks — with his last stretch in tropical heat! — Smith’s ice always arrived intact because he would pack it in sawdust from Maine’s timbermills.

Smith set up two “ice houses” on the Saint Anna Bay wharf and sold ice for 2 Dutch cents a pound (a significant luxury at the time). Yu’i Kòrsou were skeptical at first, believing these novel cold drinks unhealthy… But Smith persevered and kept serving the skeptics cold beer, quenching their thirst and instantly converting them into veritable ice lovers.

Smith knew he had struck (ice) gold and returned with his wife and 4 children in 1877. He became the official Curaçao agent for the US company Joseph Foulke & Sons, Vice Consul of the US (1881) and US Consul (1884). In fact, Curaçao’s US Consulate was considered one of the most important in the Caribbean at that time.

Smith continued to import ice from Maine and expanded his trade over time. He added makeshift ‘cool boxes’ for private use. Then he imported coal from the US to serve US and British steamships docking in Saint Anna Bay. He also exported salt from neighboring island Bonaire to the US for good measure.

Smith was a visionary and his many ambitious projects helped lay the foundation for the development of Curaçao’s modern infrastructure — some say the most sophisticated in the Caribbean region.

Some of Smith’s accomplishments include:

Smith was one of Curaçao’s wealthiest inhabitants when he passed away in 1898.