In Willemstad, Dutch Colonial façades in cheerful hues of yellow, blue, pink, green worthy of UNESCO World Heritage are set against a background reminiscent of Tolkien’s Mordor. This unmistakable blot in the heart of Curaçao’s otherwise picturesque landscape is a huge oil refinery surrounded by a halo of awful-smelling sulfur dioxide-filled air and asbestos-filled asphalt lake. A remnant of the once thriving Royal Dutch Shell Refinery – founded in 1915 – also happens to be the very reason Curaçao ranks among the most prosperous Caribbean islands today. A necessary evil. A slice of paradise, lost. 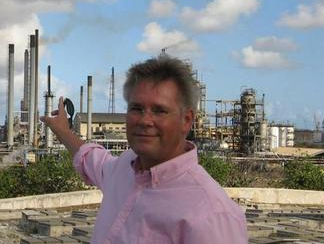 A 2005 study commissioned by the government found that refinery-related air pollution results in at least 18 premature deaths and as much as $18 million in medical expenses every year. Yet the government (who owns the outdated Shell plant since 1985 and leases it to PDVSA, the Venezuelan state-owned oil company) refuses to invest in preventing excess pollution. Pharmacist Peter van Leeuwen grew so incensed by the government’s inaction that he decided to start a foundation in 2001: SMOC (Clean Environment Curaçao). “A refinery with this level of pollution (sulfur dioxide and fine dust emissions) would be shut down immediately in Western Europe… to be clear, I’m not looking to shut it down… I’m merely looking to make improvements to mitigate severe contamination-related health issues.”

Van Leeuwen has been putting his anger to productive use: he has been volunteering approximately 15 to 20 hours of his time every week for the past 13 years, getting smart about the issues. He admits that SMOC has become a bit of an addiction: “I spend an exorbitant amount of time working on pleas and appeals, creating awareness for environmental issues through Facebook, our website, school presentations, etc.”

And his plight has been bold. In March 2005 SMOC became the first-ever entity to file a lawsuit against Curaçao’s government for failure to enforce environmental permits to prevent excess contamination.

Regardless of the outcome, SMOC’s activism has been valuable in creating broad-scale awareness for the issues, bringing about additional technological studies, introducing new pollution measurement and monitoring systems, garnering political support from Dutch Political Party GroenLinks and influencing the government in considering alternatives for when PDVSA’s contract expires in 2019.

Van Leeuwen’s particularly proud of SMOC’s participation in a Dutch-produced mini-documentary titled “Stikken in het Paradijs” (“Choking in Paradise”) which has received 45K+ views since it came out in March 2013. It warms his heart when high school teachers look to introduce SMOC’s message to their curriculum and when students approach him to collect information for their research reports and final papers.

Van Leeuwen’s advice for aspiring activists? “Be very patient, well informed and stick to the facts. Every little step can eventually become a major step. And… don’t get discouraged by politics, remain inspired by the (life of the) people whose rights you are defending”. 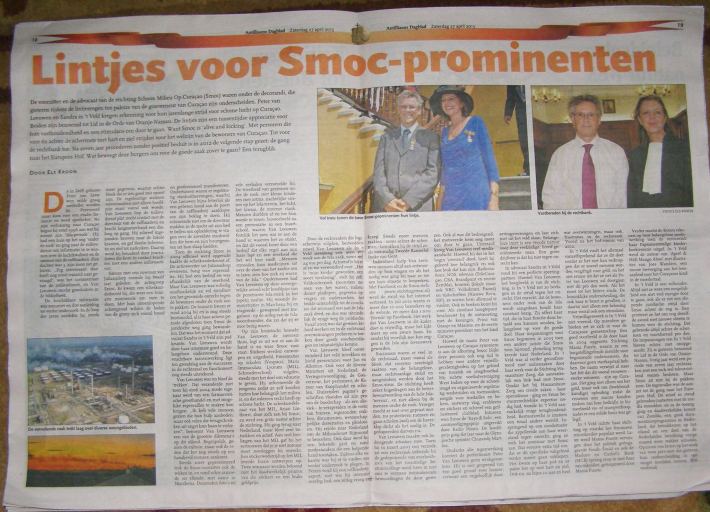 Van Leeuwen received a Royal distinction (lintje) for his activism in 2013.