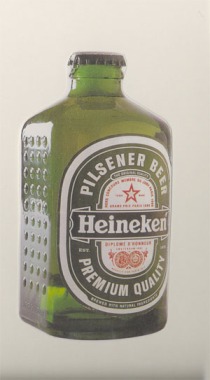 Alfred Henry (Freddy) Heineken, grandson of Gerard Adriaan Heineken founder of Heineken International (1864), found himself deeply moved by the poverty he observed when he visited Curaçao in the 1960s. So he set out to put his green bottles to good use by commissioning Dutch architect John Habraken in designing ‘brick that holds beer’ — inviting beer lovers and architects to drink-and-build-in-one.

Freddy’s up-cycling idea was ahead of its eco-design time and coined the ‘World Bottle’ aka WOBO. The final WOBO came in two sizes – 350 and 500 mm versions meant to lay horizontally, interlock and layout in the same manner as brick and mortar construction. One production run in 1963 yielded 100,000 bottles some of which were used to build a small shed on Freddy’s estate in Noordwijk, Netherlands. One of the construction challenges “was to find a way in which corners and openings could be made without cutting bottles,” said Mr. Habraken.

Approximately 1,000 WOBOs are needed to build a 10×10 foot structure. And, naturally, the more Heineken you drink, the bigger your green house. (Way to think out of the bottle, Freddy!)

The WOBO went through several design phases but never actually made it beyond prototype. Today the shed at the Heineken estate and a wall made of WOBO at the Heineken Museum in Amsterdam are the only structures where the ‘beer brick’ is used.

Needless to say, WOBO or NOBO, glass beer bottles have a lot of potential when it comes to building awesome light-filled recycled structures. In fact, there’s an entire village made of beer bottles in Simi Valley, California, built by Tressa Prisbey. And a Buddhist temple made from bottles in Thailand’s Sisaket province. 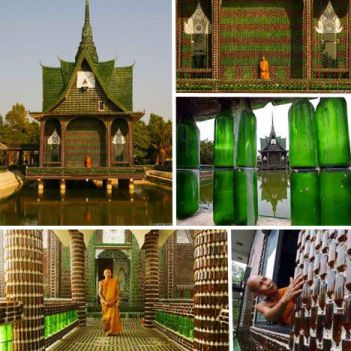 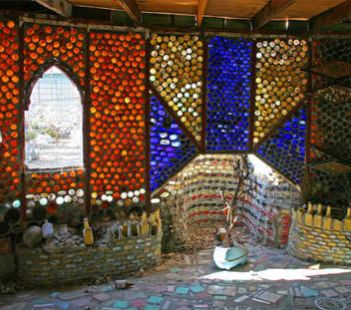 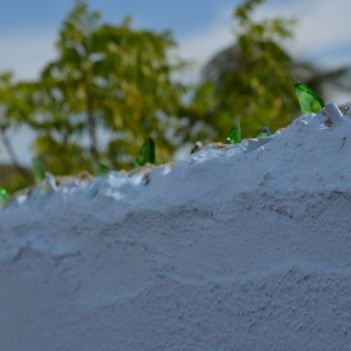 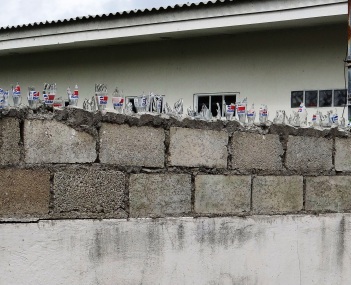