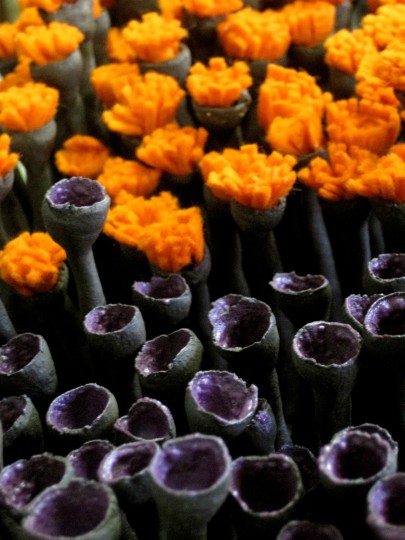 Helen Martina (54) is a lady of eccentric hair. At one point, long dread locks. Short ‘fro. Most 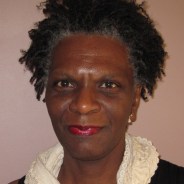 recently, sister locks. Her nimble fingers sculpt her personal development as a woman, a black woman, a yu’i Kòrsou. She observes daily life. The way people interact. Where she fits in.

Artistically inclined since she was a little girl in Curaçao, Martina decided to pursue sculpting professionally by attending Kunstacademie St. Joost (1978-1979) and the Sociale Academie Markendaal in Breda in the Netherlands.

But she encountered culture-clash: her Dutch instructors didn’t share her natural affinity for molding round forms, congruent with Curaçao’s voluptuous aesthetic. They were looking for smooth, straight lines.

Martina turned sculpting into a hobby when she moved back to Curaçao in 1984 while working an office job and raising three children. It took her 10 years to return to sculpting full-time, but her first solo exhibit in 1993 proved that her talent is a force to be reckoned with. A collection of all-female torsos, starting just above the breasts moving down the pelvis and half way down the thighs — most notorious for having glorious backsides. Naked but not sex symbols in the traditional sense, they evoke the strength of femininity. Martina’s women are aware of the power of their sexuality and they’re not apologizing for it.

Widely admired in Curaçao, Martina continued to explore the idea of what it means to be a black woman. By 1997 her figures had morphed into straight, long and narrow shapes (ironically the very shapes her Dutch instructors would’ve preferred in the 70s). Their length — long straight back and neck — representing power, pride, and independence. These goddesses carry their own weight.

A fiercely dedicated wife and mother of three, Martina moved back to cold, gray Netherlands in 1999. No longer ‘the daughter of a well-known politician’ (Former Prime Minister Don Martina is her father). No longer an acclaimed artist, she was forced to confront a different reality, a different perception of herself. In this she found the freedom to re-evaluate and reinvent her ideas. “Being strong no matter what, you know, Strong! Strong! Strong! Because, otherwise, the neighbor might think…” Martina concluded that strength isn’t the ideal, authenticity is.

As she fine-tuned her vision she found herself looking to nature. “Consider a tree, in Curaçao a Divi Divi tree, [grows in the direction of the wind] … everything we discover in nature is just fine the way it is. It’s neither perfect nor imperfect. If you can’t find its beauty, simply look away!” Martina’s forms are no longer static, they move and represent the ocean’s ebbs and flows, our inhales and exhales, the beating of our hearts. Her figures are more organic, imperfect, fragile and she’s working in color for the first time, “natural color combinations are absolutely stunning consider our fish, coral reefs, flowers — purple and bright orange… magenta and yellow… No judgments in nature, no one is pointing fingers at fashion faux pas!” Probably also an ode to our warm and colorful Curaçao. Absence does make the heart grow fonder. 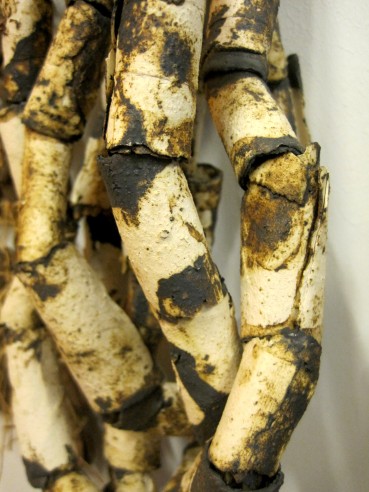 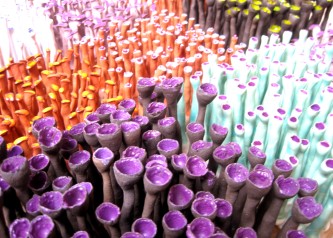 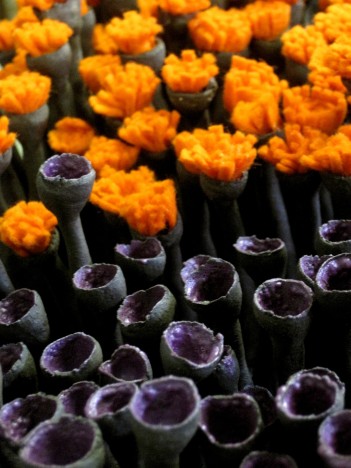 “While I was Listening to the Sea”