1000 Awesome Things about Curaçao was born out of nostalgia. Not the debilitating kind, the kind that empowers.

I’ve spent my entire adult life in the US, yet still consider Curaçao ‘home’. It’s where I express my emotions in Papiamentu, hug my crazy family, and catch up with friends who are more like family. I’ve come to terms with the fact that Curaçao fits like an old pair of jeans that has adapted to my body for maximum comfort but doesn’t necessarily flatter the way a new one does.

My Facebook news feed is filled with “Curaçao” allowing me to sample ‘home’ from the comfort of my smart phone in New York City. No expensive 7 hour flights needed to see familiar faces, speak Papiamentu, share the latest joke, music, news, photos, it’s all right there.

I choose to live in a city that runs on ‘homesick’ immigrants from all over the world. According to the Census Bureau, 37% of the city’s population was born outside of the US: 32% of the city’s immigrants came from Latin America, 26% from Asia, 20% from non-Hispanic Caribbean nations, 17% from Europe and 4% from Africa.

Most of these immigrants form communities with their compatriots, seeking convenience and moral support, organically forming ‘home away from home’ adding to the ethnic mosaic of the city. A recent New York Times article, Take the A Train to Little Guyana, highlighted ‘the foods and goods’ of 10 newer immigrant enclaves (e.g. Arab, Bangladeshi, Chinese, Ecuadorian, Ghanaian, Guyanese, Korean, Mexican, Polish, Sri Lankan) ‘to provide readers a starting point for exploration.’

Granted, some of these immigrant enclaves exceed Curaçao’s total population size (of 150K) and tend to resemble autonomous islands within my multi-ethnic city… Mr. Lovlu sums it up: “I feel like I’m living in my own country (…) You don’t have to learn English to live here. That’s a great thing!”

Curaçao resembles New York City in that it essentially represents 50 different nationalities who live in close proximity to each other... but not enough numbers to validate creating separate enclaves. And unless you live in Curaçao or Rotterdam’s enclave of ‘Curaçao’ (and the rest of the former Netherlands Antilles), you simply don’t have the luxury of numbers, so we have to be creative in ‘re-creating’.

That’s where 1000 Awesome Things about Curaçao comes in. This website represents an “online immigrant enclave” born out of a shared sense of ‘home’ and aims to be a starting point for tourist exploration. So fill your Facebook news feed with ‘Curaçao’ by liking our Facebook page 🙂

This post is an ode to our shared sense of ‘home’ (and homesickness). 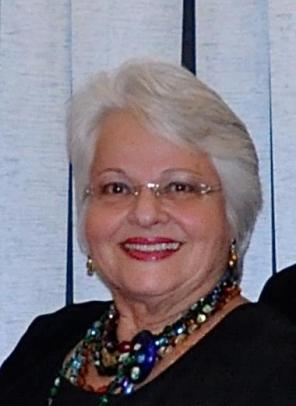 I came to hide

I came to search

No other corner of the world

I flew to Curaçao

To folks who raised me

A little girl that once was me

Started on the island

My soul to find some rest

Unload some of my stress

Take a deep breath, savor the salty air of Wèspèn, it’s been so long… Don’t forget the scent of the Plaza, trade wind and flamboyant.

When cold sets in or when life isn’t going your way, thank god you can still reminisce about your youth in the sun… lovely place where I let my dreams take me.

Take a shower… let your imagination carry you to a beach with friends around a barbecue… a Sunday filled with sun, music and youth.

When it gets cold or when life isn’t going your way, when money is tight, when rain pours down from the sky or when you’re lonely for a companion, thank god you can still reminisce about your youth in the sun… with love…

for every two pieces of my heart

I remember a hidden smile

between the stars and my soul

and I know that from here to our island

is not too far from home.