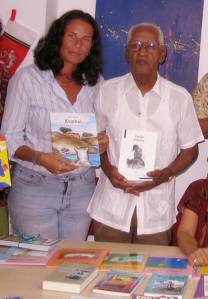 The author, Ariadne Faries, with Elis Juliana (qepd) presenting his children’s books in 2006.

My fascination with the work of Elis Juliana (1927-2013) and Father Paul Brenneker (1912-1996) began at 7 years old. It was inspired by their Sambumbu volumes [of folk books]. I longed to collaborate with them and contribute, become part of all the information they were recording, interpreting and sharing. My childhood wish was granted 11 years later when I was fortunate enough to become close friends with Paul.

I’d visit him every day for two years. He would tell me about his [ethnographic] collaborations with Elis. He’d show me his black-and-white photographs, share his drawings, daily thoughts and poems. He made me feel particularly special when he entrusted me with his writings — a bundle of thousands of pieces — and asked me to select my favorites. (My selection became the abbreviated bundle: Gedichten en gedachten van Paul Brenneker)

Paul radiated warmth and lived with his doors wide open: sometimes chollers [homeless drug addicts] would visit… or intellectuals, such as [author] Tip Marugg.  I loved tagging along on Paul’s visits with the elderly, eavesdropping on the past. But I most cherished our conversations about God and religion. Before leaving, Paul would hold my hand and we’d pray together. Sometimes everyone present would hold hands and pray.

I was deeply inspired by Paul and Elis’ way of BEING… curious, hard-working, open-minded, non-judgmental and humble. Both are prime examples of ideal human beings. And their close friendship, despite being an unlikely pair, a Dutch priest and a not-so religious yu di Kòrsou, fueled my imagination and still fills my heart with hope for a similar friendship between Curaçao and the Netherlands.

As graphic designer and photographer, I had the honor of designing four of Elis Juliana’s books over the past several years: Wazu riba ròndu, OPI, Rosea Grabá and Altá i santunan di Kòrsou, pa honra Paul Brenneker i Elis Juliana.

Altá i santunan di Kòrsou, pa honra Paul Brenneker i Elis Juliana (published in 2009 by NAAM) was my favorite design process… it opened me up as an artist and touched my being. Déjà vu. The exact same thing happened when I was a little girl, fascinated by their Sambumbus. 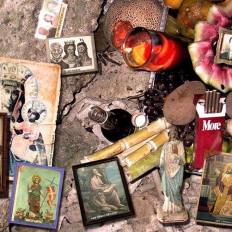 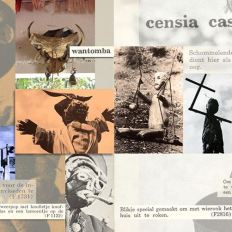 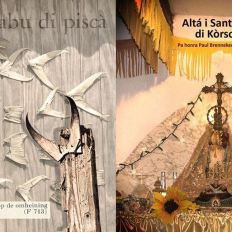 In designing Rosea grabá I decided to use photos of weed flowers and small animals (ants and bees) to capture humility, characterizing both the author as well as his theme (death). In fact, the day Elis received his doctorate — just a few days before his death — he spoke about the simplicity of ants. 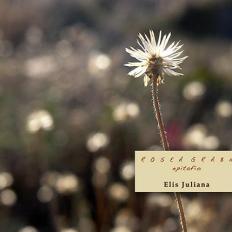 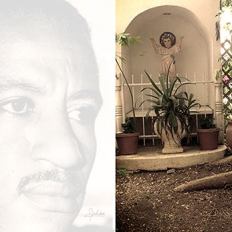 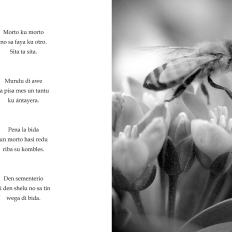 Elis never cared about prizes, recognition or titles. He had enough self-awareness to know that these things would not give him satisfaction in life. Elis wants us to read, listen and observe his work… he wants us to understand it, make it part of our way of ‘being’. This is how we – his beloved people – can give him the biggest honor of his life. 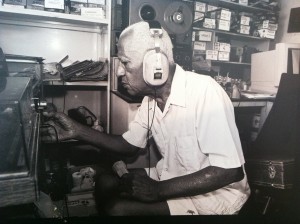 Thank you for everything.

You will always remain in my soul.