“Many say Elis Juliana embodies the heart of Curaçao. But to me, he represents much more than the heart: he’s Curaçao’s blood. He runs around all over the place (p’ariba p’abou): he meets with the homeless, he meets with academics. Like live blood, he collects, saves, documents and interprets Curaçao history, culture and life.” – Dr. Jay Haviser (Archeologist)

Curaçao is currently mourning the loss and celebrating the life of our iconic anthropologist, visual artist and poet, Elis Juliana, who passed away at the age of 85. Less than a week before his death, on Tuesday, June 18, 2013, he received an Honorary Doctorate from the University of Curaçao (UNA). Widely considered to have pioneered haikus in Papiamentu, our Ompi Elis (Uncle Elis) would’ve said,

A burnt out candle

emits a gust of smoke 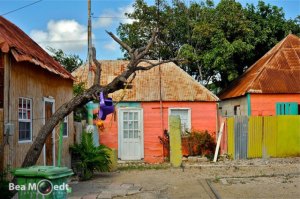 ‘Elis’ with one ‘l’ because his mother couldn’t afford the other one was born on August 8, 1927 in Curaçao. Elis and his two brothers, three sisters and mother lived in a small kas di tabla in the colorful neighborhood of Nieuw Nederland surrounded  by Portuguese, English-speaking folks from all over the Caribbean: Haitians, Venezuelans, Dominicans, Dutch, Chinese, Surinamese immigrants seeking full-time or temporary employment at the (then, newly) established Shell refinery…  “We all lived in peaceful harmony because… well… there were no rich or poor people among us, we were all the same,” said Elis.

Elis was an avid researcher from a very young age, “our yard was my Disney World — it was a small yard, maybe 250 square feet. I really enjoyed spending time in nature, especially looking for small things. I would get so excited whenever I could use a magnifying glass… I’d study insects up close or maybe a nest of ants.”

In my small house

I don’t have to search 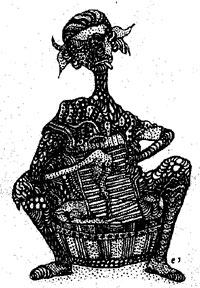 Fueled by voracious curiosity and a good partner (Father Paul Brenneker), Elis decided to turn his magnifying glass on “Curaçao”. He spent most of his life seeking information, listening deeply, examining carefully… and orchestrating his findings in small calculated dots and rhythmic words, forming patterns and creating poetry and tumbas that expose the fabric of our island and the texture of our people in a most insightful way.

Elis remained ‘in the service of the betterment of Curaçao’ throughout his life, but he didn’t always tell ‘Curaçao’ what it wanted to hear. His Dutch poetry translator, Fred de Haas, explains it best: “a gentleman first and foremost, Elis’ criticism was mild-mannered. He resembles a ‘mordé suplá’, a most deceptive insect, really… when he stings, he also blows [so as to lessen the blow / bite].“

This poem is a pretty clear ‘mordé suplá’ in that Porko endears himself to us through funny, light language. We can’t help but shake our head at this hypocrite. Unfortunately, he’s also a cultural ‘icon’, but one we’re not necessarily proud of. We empathize with the mothers of his children and don’t run out to castrate him… and yet maybe we’d all be better off if we did…?! 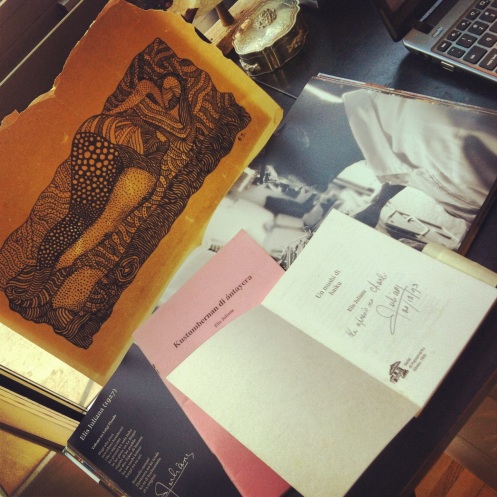 My desk, this week.