627. Amsterdam in the Tropics

By 1000awesomethingsaboutcuracao / October 22, 2013 / Architecture, Made in Curacao / One comment 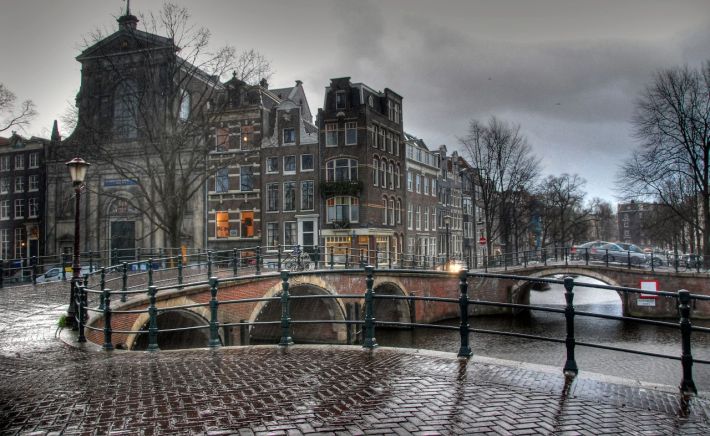 Consider a street in Amsterdam with narrow three-and-four-story buildings topped with gabled roofs and baroque sculpted curlicues. Now paint them in a rainbow of luscious tropical colors, add galleries with shuttered arches, and transplant the whole strip into the Caribbean. What you have is picturesque Punda, the oldest district in historic Willemstad, the capital of Curaçao, writes Christine Davis in her recent blog post Curaçao: Rebuild it and the tourists will come. 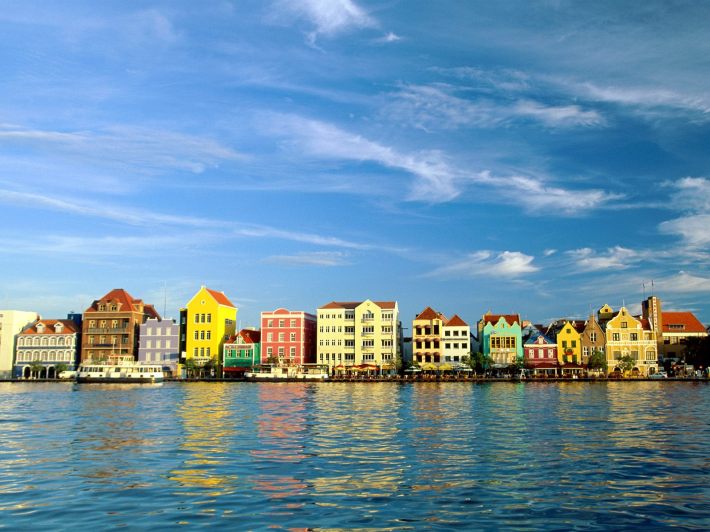 Façades in terracotta, turquoise, lime green, grapefruit, mellow yellow and flamingo pink, trimmed out like gingerbread and crowned with red-tile roofs, all reflected in the sparkling waters of Santa Anna Bay, there’s nothing like this visual treat anywhere. Christine toured Willemstad with guide and (carnival costume) designer extraordinaire Maja Atalita-Vervuurt (#769 on our list!) who taught her about Governor Albert Kikkert and his famous migraine headaches (#790).
See, when Kikkert was appointed Governor of Curaçao, Aruba and Bonaire in 1816, his first order of business came from his doctor: Curaçao’s equatorial sun reflecting so heavily on the white houses in Willemstad was giving Kikkert migraine headaches distracting his duties as Governor. So Kikkert mandated Willemstad dwellers to ‘paint the town’. Building owners made their way to the only paint factory on the island and picked out gallons upon gallons of their favorite pastel color, the more colors the merrier…! [A few years later — well after Kikkert’s passing in 1819 — it was discovered that he also owned (many!) shares in the paint factory…]
Christine decides to dig a little deeper into Willemstad’s Colonial architecture by taking a walking tour with well-known Curaçao architect Anko van der Woude. (great tour for locals and tourists alike!) 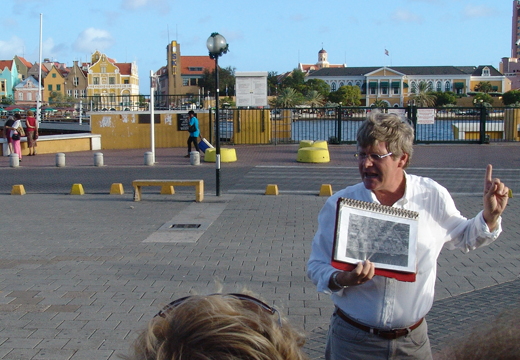 Though Curaçao was discovered by Spaniard Alonso de Ojeda in 1499, the Dutch took over in 1634 and capitalized on its natural harbor in a serious way. The Dutch West India Company transformed Willemstad into a transshipment point for West African slaves and hosted merchant ships from all over the world. Punda, Otrobanda, Pietermaai, Scharloo create a unique collection of European colonial structures that depict 300 years of multi-cultural evolution. But it took half that time — 150 years! — for Curaçao’s Colonial Dutch architecture to adapt to its new tropical climate. Consider the Penha building (1708) in Punda, widely considered the most famous building in Willemstad (perhaps also the most famous colonial building in the Caribbean!): 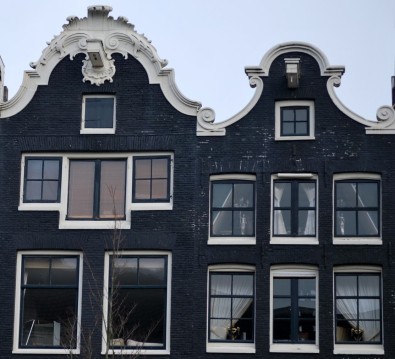 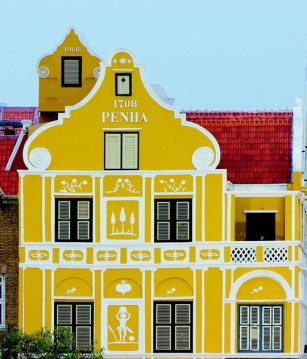 Penha building, Curacao.
Its baroque curls carved in stone can be traced back to Amsterdam, but local builders decided to copy the style in lime plaster. Since clay is plentiful in the Netherlands, bricks were widely used as a building material. In fact, in the 17th and 18th centuries brick was even shipped to Curaçao for building purposes (!) Eventually builders ‘localized’ by replacing brick with coral stone — and since coral is porous they added a layer of plaster. 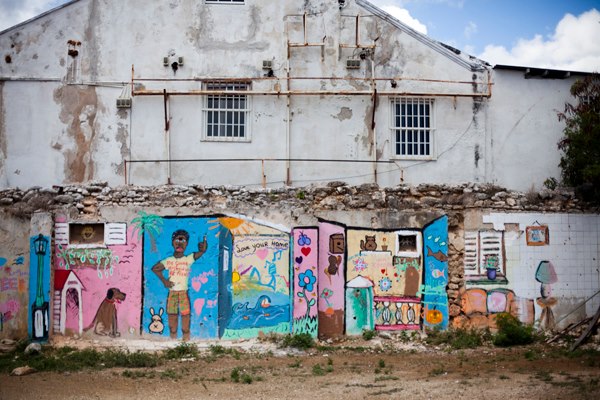 “Whenever I walk past a building whose plaster has chipped off – and there are lots of them as Willemstad is a city in the midst of restoration fever – I search for the chunks of coral stone in the wall. I’ve quickly learned to look for the telltale polyp patterns in the exposed sand, like fossils in man-made shale.” – Philip Preville (enRoute, Air Canada magazine, article titled: “Curaçao’s Modernist Dutch Architecture”)

While sash windows worked fine in the Netherlands, they were impractical in Curaçao. Over time, to keep the sun out and let breezes in, galleries with archways were added on the front and back façades. Louvered shutters were added within the arches to lock out the rain, which blew horizontally because of the trade winds. By 1720, arches gave way to wooden lintels, which were easier to build. 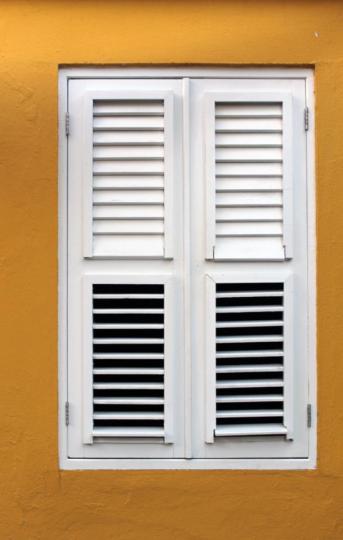 ‘Jaloezie’, literal translation from Dutch: “Jealousy blinds”. With these blinds you’ll be able to snap your jealous lovers’ fingers when they try to peek through uninvited 🙂 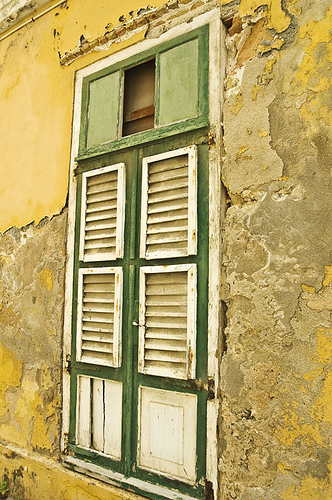